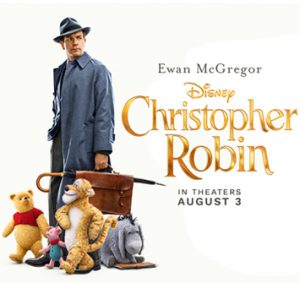 It is the movie release that the nursery industry is most excited about – ‘Christopher Robin’ which features Winnie the Pooh, Tigger, Eeyore and Piglet as key characters and seen on the big screen in animated form in a teddy bear like appearance.

As with the Paddington and Peter Rabbit movies, we do expect that the official Disney movie plush toys that we have available wholesale to be extremely popular, particularly when the movie launches early August. We would therefore suggest stocking up on the beautifully created soft toys that are in a vintage, heritage style by Posh Paws International as soon as possible! 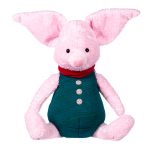 Each character is available as seen in the movie and wearing their iconic movie clothes such as Pooh in his red knitted jumper and Piglet in her teal jacket and red scarf. The large 50cm toys in Pooh, Piglet, Eeyore and Tigger are each ideal for cuddles, play role and as key nursery items.

These wonderfully loved, endearing friends are also available in an assortment of the 4 characters in 7″/17.5cm for an easy to hold option for little hands.

As many retailers will know Winnie the Pooh is a much loved fictional teddy bear created by A. A. Milne in a series of stories in the 1920s about his son, Christopher Robbing, and his teddy bear and the bear’s friends. The stories were originally illustrated by E. H. Shepard OBE and have since been translated into many languages.

The rights of the characters were licenced to Walt Disney in the early to mid-1960s and since then there have been many animated productions about them, engaging audiences and driving the popularity of the characters and its merchandise. 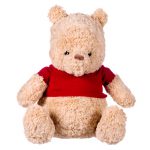 Winnie the Pooh’s name is derived from the author’s son, who combined the names of a bear called Winnie that he saw at London Zoo and a swan called Pooh while on holiday. The original teddy bear is available to view at the New York public library. 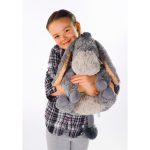 August 2018 sees the launch of the Disney movie Christopher Robin. It’s based on the now adult Christopher and a seemingly chance meeting in London with Pooh who has lost his friends and needs his help in finding them.

Watch the heat-warming trailer below and be sure to put your trade orders in for the plush toys at Baby Brands Direct for your business!