Winnie the Pooh is a beloved childhood character, bringing warmth and joy to many homes around the globe for generations. A.A Milne’s adorable character is instantly recognisable with his bright yellow colouring and friendly smile and, in later iterations, his red t-shirt! Originally created for Milne’s young son, Christopher Robin (who also appears in the books!), these stories have delighted kids for decades. This year, Winnie the Pooh turns 95 years old! 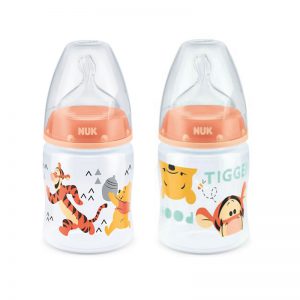 October 2021 marks 95 years since the publication of the first ever Winnie the Pooh book, which introduced the lovable teddy bear and his stuffed toy friends – though Tigger, the bouncy fun tiger, was introduced in the next book! These characters were based off of Christopher Robin Milne’s own soft toys, which are currently on display in the New York Public Library! In 1961, Disney bought the rights to the franchise and created a number of films and cartoons that would raise the popularity of the property even higher, bringing it to more homes and elevating it to an iconic status. It’s been reported that the franchise is worth around $5 billion!

In celebration of this milestone, Disney has released a special animation entitled Winnie the Pooh and the Royal Adventure featuring Pooh and Friends. The new 45-second animation has been created to celebrate Winnie the Pooh’s 95th anniversary, and pays tribute to Her Majesty The Queen, who also turns 95 this year.

To celebrate the anniversary of this iconic bear and his stories, we are hosting a competition throughout July 2021 to win some fantastic Winnie The Pooh NUK products! These bottles, soothers and soother chains are wonderful additions to any store, bringing colour to shelves and featuring characters that both parents and children love. As many parents grew up with Winnie the Pooh themselves, these products immediately invoke feelings of warmth and fond nostalgia.

The NUK First Choice Winnie the Pooh bottles feature the original NUK orthodontic shaped teat, with extra wide lip support which simulates breast feeding as closely as possible, as well as a soft zone which easily takes on different shapes and fits to baby’s mouth perfectly. The teat also features the improved NUK Anti-Colic Air System which minimises infant colic caused by harmful swallowing of air! These are available in two sizes!

The NUK Winnie the Pooh Trendline soother is modelled on the female breast when breastfeeding and has an orthodontic shape that adapts to the baby’s mouth and trains lips, tongue and facial muscles. This promotes healthy development of teeth and jaws, while the flat shape prevents pressure points or the dummy from falling out of the baby’s mouth. Thanks to the NUK Air system, the teat remains soft and malleable, so that the correct development of the teeth is supported.

Soother chains are very practical as they prevent the soother from falling onto the ground or getting lost. Thanks to its simple clip, the NUK Winnie the Pooh Soother Chain can be very easily fastened to a child’s clothing, while a hook attaches the soother chain to the soother.

Check out the full Winnie the Pooh range available to buy wholesale at Baby Brands Direct, or head over to our competitions page to enter to win a bundle of NUK products! Competition ends on 31st July 2021.